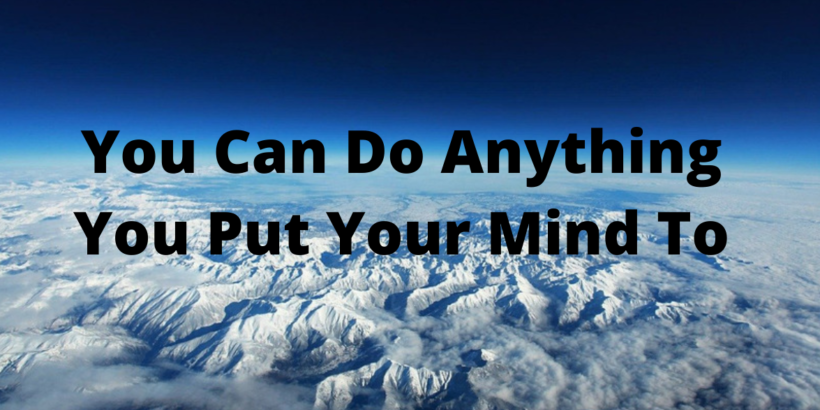 My first week in college was one of the most challenging weeks of my life.

This is the story of that one short week in my life, and how it cemented a lesson my Dad and been trying to teach me for years:

“You Can Do Anything You Put Your Mind To.”

I’ve thought of that lesson many times since, and today I’m sharing it with you.  You can do anything, but it’s conditional on that all-important step of putting your mind to it. We should all spend more effort deciding what we want to “Put Our Mind To”.  This lesson applies throughout life, and it’s particularly relevant to retirement.  But I’m getting ahead of myself…

First, the story of that one week in college, and the lesson I learned that has been of value my entire life.  My Dad will be honored to know I’m sharing his lesson with you.

The first week of college was one of the hardest of my life. But it taught me a lesson I've valued my entire life. Click To Tweet 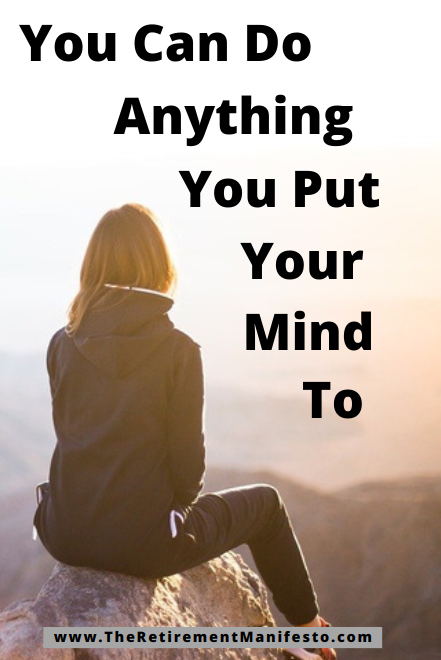 You Can Do Anything You Put Your Mind To

Perhaps I should say, “The infamous Biology 101″.  The university I attended was known to have a strong pre-med program. A lot of the incoming Freshmen had ideas of becoming doctors.

Biology 101 would stop those dreams for many, including this writer.

In hindsight, it was genius.

The class was intentionally designed to weed out the “wanna be’s” from those who were truly committed to putting their mind to it.  The ones who thought, “It’d be cool to be a doctor, help people, and make lots of money” vs. those who respected the arduous path truly required to achieve the distinction.

Less than 50% of the students completed the class.  I was one of the many who dropped out, and dropped out early. Effective, indeed.

Their strategy was simple – hit them hard, and hit them early.

On the first day of class, our assignment was to read some insane amount of the Biology textbook by the next class.  I stayed up reading until 1:00 am, and fell short by a chapter.  On the second day, the assignment was equally intense.  I made it to Day 3.

My dreams of being a doctor vanished in 3 short days.

I wasn’t prepared to “put my mind into it”.  I realized what they were doing in the class, and it sent me on an adrenaline-fueled search for what I really wanted out of life.  Did I REALLY want to commit years of intensive study required to become a medical doctor?  If so, now was the time to commit.  I could do anything, but did I want it badly enough to put my mind into it?  The approach of the class forced my recognition of reality, and I’m thankful to this day for the approach.  I bailed out and signed up for an alternative class.

I have no regrets. I was never meant to be a doctor.

I know in hindsight that it wasn’t something I would have wanted to do with my life, and I’m very happy with the career path I chose.  My family and I lived a good life following the Corporate America Path, and it was an area I enjoyed putting my mind into.  I enjoyed the variety provided by a career of diverse and challenging assignments, and my mind was well suited to the challenges presented in a business environment.

I realized that “you can do anything”, but only if you’re willing to put your mind into it. 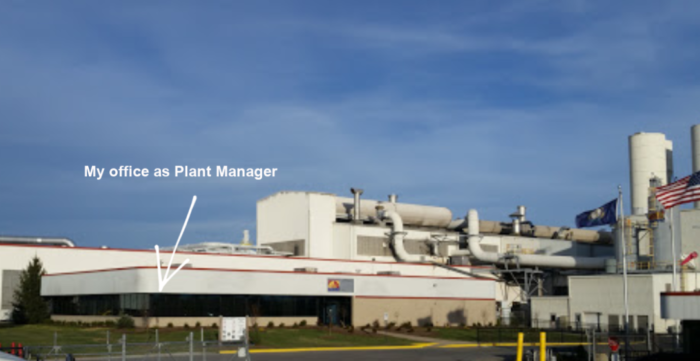 You Can Do Anything – A Career Example

The biggest “stretch” assignment of my career was being named Plant Manager for the largest recycling plant of Used Beverage Cans in the world (think curbside recycling, we melted ~18 Billion of those aluminum cans per year at “my” plant). I was 18 years into my career, and it was my first experience in operations. By this point in my career, I had recognized the value of “putting my mind” into new assignments, so I hit it hard.

I was living in temporary housing until my family could relocate and used every free minute to study. After my first day on the job, I spent the evening memorizing everybody’s name that was on “day shift” that week.  When I returned the next day, I could see the surprise when I was able to call everyone by name and mention something from the previous day’s conversations.  By the end of my first week, I had memorized everyone’s name in the plant.  I’ve always felt people are the most important part of any organization’s success, and I made them my first priority.  Then, I moved on to memorizing the Key Performance Indicators for the plant, and which “levers” had the biggest impact on performance.  I spent time with the maintenance team, and I learned the capabilities and issues of all of our various pieces of equipment.  I spent time with the operators in each department and learned the biggest safety risks and what they felt we could do to reduce them.  On and on it went, never ceasing in my effort to “put my mind” into learning everything I could about the plant I had been given the responsibility to manage.

The hard work paid off.

In two years, I was promoted to a role in our North American Management team at our Corporate Headquarters.  I followed the same mantra of “putting my mind to it”, and I learned firsthand it’s importance as a precedent for “You Can Do Anything.”

“Whatever you pay attention to, grows.”   Kevin O’Leary

You Can Do Anything – It Doesn’t Stop With Retirement

The lesson of “Putting Your Mind To It” doesn’t stop when your career ends.  Quite the contrary, in fact.  You no longer have a boss telling you what you should put your mind to.  You have the amazing luxury of deciding for ourself what success looks like in your post-work world.  With that luxury comes an obligation – the necessity of choice.

You can do anything, but you have to be intentional in deciding what you’d like to put your mind to.  You all know about my writing, but it’s only one example of what I’ve been putting my mind to since I’ve retired.

The photo above is from my Instagram page and is a perfect example of choosing to put your mind to something new in retirement.  As I mentioned when I announced a new approach to my blog,  I’ve been spending a lot of my previous “writing time” exploring new areas of interest. One of those areas is woodworking, and I’ve been intentional in putting my mind to it.  Not unlike my days as a young plant manager, I’ve been studying up on what it takes to be successful.

I’ve been learning a new craft.  Here are some of the steps I’ve taken:

With my woodworking shop now completed, it was time to put the lessons to use.  For the past few months, I’ve been spending time using the documentation I had created to build my first dog house.  100% on my own, and 100% successful.  Why?  Because I had chosen to put my mind into it.

It’s rewarding beyond words to challenge yourself and accomplish something new, and I felt a real sense of achievement as we delivered that doghouse to Dixie and Zeus yesterday morning.  They were two very deserving recipients of my wife’s charity, Freedom For Fido (her charity is another example of someone “putting their mind to it” in retirement, with great success.  I’m proud of what she’s accomplished.)

No, I was never a doctor.  But, I’m proud of what I accomplished in my career as a businessman.  Perhaps more importantly, I’ve learned how to create things from wood, and I enjoy sharing my thoughts from this keyboard in my writing studio.  Both of those accomplishments came after I retired, and I’m excited about the challenges I’ll continue to conquer in the years to come.

You CAN do anything.

But first, you must decide to put your mind to it.

What do you want to be?

You can do anything, but first you must decide.

What do you want to put your mind to?

The choice is yours.

Your Turn:  What challenges have you conquered in life?  How did you put your mind to it?  Let’s chat in the comments…