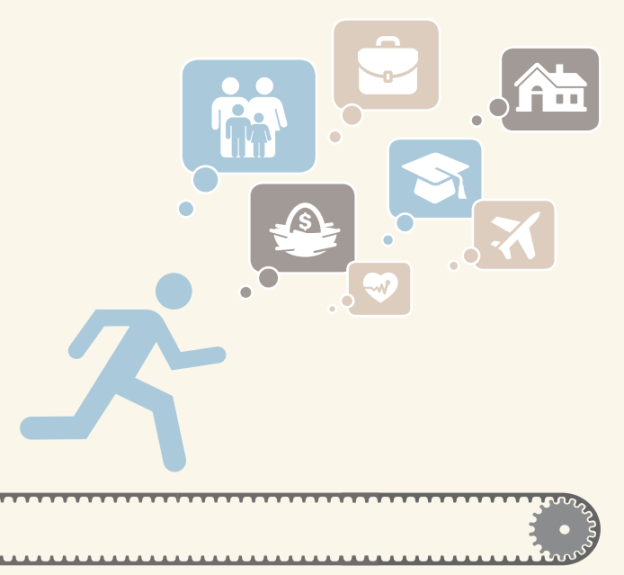 I think, perhaps, that I am not normal.

I read a fascinating (and, to be honest, depressing) study by UBS recently, titled “When is enough….enough.  Why the wealthy can’t get off the treadmill.”  I’ll summarize the key findings and my thoughts in today’s article. If you’d like to see the original study simply click here,

When Is Enough….enough?  Have you thought about it?  Have you determined, for yourself, the point at which you have “enough”?  For me, it’s best to answer that question as soon as possible after you read this article, and certainly before you reach the pre-determined point of “enough” in your financial life.

I think, perhaps, that I am not normal.  I take pride in my abnormality.  Intrigued?  Read on.

I know the answer to what is enough.  Almost to the penny.  I have a cash flow projection through age 95 that shows when my wife and I have enough.  We’re not there yet, but we’re close.  We’ll know when we get there, and we know what we’ll do at that point in time.

Will you know when you get to “enough”?  It seems, based on the UBS study, that “normal” is NOT knowing when you have enough.  Here then, is a summary of the (depressing) UBS findings, along with my thoughts on how I’d encourage you to live an abnormal life:

1.  Millionaires Feel Stuck On A Treadmill They Can’t Get Off

“Half of millionaires with less than $5M – and 63% of those with children at home – believe that one wrong move….would have a major impact on thier lifestyle. 2.  Millionaires Worry That Wealth Will Spoil Their Children

The Retirement Manifesto’s Abnormal Solution:  Prioritize time with your kids while you still have the chance.  Reread “The Top 5 Regrets People Have On Their Deathbed“. Find opportunities to instill your values and principles throughout their childhood.  Do what we did – tell your kids they should expect no inheritance.  Make them realize they have to earn their way.   Take Solomon’s advise to “Raise up a child in the way they should go, and when they are old they will not depart from it.”  All parents have concerns (mine certainly did!), but most figure it out by the time they hit their 30’s. If not, they’re the ones that will live with the consequences.

And….The Most Concerning Finding Of The Study….

3.  Despite Their Success, Millionaires Keep Striving For More

“Enough is not enough for many millionaires to be fully satisfied, because lifestyle expectations rise along with net worth”. The Retirement Manifesto’s Abnormal Solution: STOP IT ALREADY.  A certain country song comes to mind.  You know the one – the lady who crashes her brand new Corvette because she’s watching with envy the new Mercedes Benz drive by.  This issue is, to me, perhaps the biggest obstacle folks have to a truly happy life.  Make it a priority, early on, to intentionally chose to be content with less.  Don’t keep up with the Jones.  Don’t let your lifestyle increase as your career progresses.

It’s a choice, and it’s entirely up to you.

Do you know when enough….is enough?