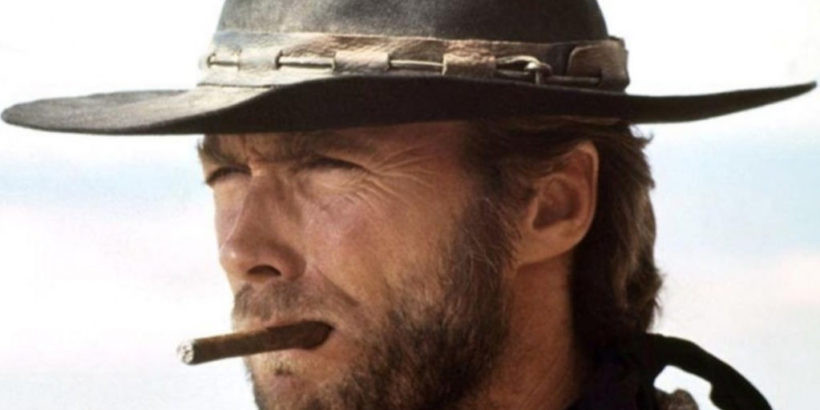 I know a Financial Tough Guy.  He just pulled off an early retirement last year, and made some real “tough guy” moves to make it happen.  GeoArbitrage!?  Yep, he and his wife did it, moving from high priced New York to low priced Charlotte, NC to be able to retire early.  Pretty tough.

He and his wife write about their Groovy Life of financial toughness over at Freedom Is Groovy, and I consider them friends.  Today, Mr. Groovy shares some reflections on how he became a Financial Tough Guy.  His words are worth reading, written as they are in his “oh so groovy” and unique way of writing.

The Good Rats as a model of Financial Independence?  You’ll only see that from someone as groovy as Mr. Groovy himself.  The ultimate hippy financial tough guy.  Enjoy!

Reflections of a Financial Tough Guy

When I was growing up on Long Island in the late 1970s, my favorite band was a local bar band called the Good Rats. And without a doubt, my favorite Rat song was Tough Guys. If you care to listen to the song that greatly stimulated my fifteen-year-old brain, here it is. For those of you too busy to listen, or not interested in hearing rats singing….here’s the relevant chorus:

Tough guys,
Always been my kind of man,
Doin’ the things that I can’t,
Tough guys.

Admittedly, the Rats aren’t for everyone. But look at it from the perspective of a fifteen-year-old Long Island boy. The band was named after rodents. The lead singer was a guy called Peppi Marchello. And they freakin’ had a great song about something a lot of fifteen-year-old boys aspired to be—tough guys. I certainly wanted to be a tough guy. I loved the big-screen tough guys—Eastwood, De Niro, Stallone, Douglas, and George C. Scott. I loved the real-life tough guys too—Jack Lambert, Jack Tatum, Joe Frazier, Willis Reed, and Dave Schultz. But the town I grew up in wasn’t exactly conducive to honing one’s grit. It was way too idyllic. No vice. No poverty. No hoodlums. Just a lot of nice Jewish kids prepping for the SAT.

Of course, I could have become a tough guy.

The Birth of a Financial Tough Guy

Once I moved down to Charlotte ten years ago, something changed. As my financial security grew, my financial timidity waned.

The first indication of this came in 2008 when Mrs. G. and I bought our 2004 Camry from a dealership. After agreeing upon a price, and after informing the salesperson I would be paying cash, I did something I never would have done back in New York. I told the salesperson that when I came to pick up the car, two things were going to happen. I was going to hand him a check, and he was going to hand me the keys. That’s it. I didn’t want to waste my time with another guy at the dealership trying to sell me a warranty I didn’t want. I then told him that those terms weren’t negotiable, and if he couldn’t make it happen, I would take my business elsewhere. He made it happen. Cash talks.

A couple of years after buying the Camry, our back-up vehicle, a 1997 Jeep, began having issues with its horn. It wouldn’t work. And apparently a vehicle can’t pass a state inspection without a functioning horn. So I took it to a mechanic and he told me it would cost over a $1,000 to fix. And, again, I did something I never would have done back in New York. Because I never owned two vehicles before! I told the mechanic, “Screw it. I’m not spending a thousand bucks to fix a horn. I’d rather sell the Jeep for parts.” I thanked the mechanic for his time and turned to exit the shop. But before I got to the door, that $1,000 repair bill suddenly dropped to $300. He miraculously found a used version of the part he needed for the repair. Imagine that. From 2012 on, my financial boldness really picked up. It started soon after I read a book called Wired For War. The book had mentioned two cutting-edge companies: Aerovironment (drones) and iRobot (robots). I looked up their stock prices and saw they were both trading for under $20. I brought this to the attention of Mrs. Groovy and suggested that they might make a nice speculative trade. She agreed and we invested an insane amount in each company: $25,000. It was absurd. But I didn’t care. I had a two-year emergency fund and was more than half way to the Mustachean Threshold. And in the end, it all worked out. A year later, both stocks had doubled in price and Mrs. Groovy and I walked away with a $55K capital gain.

In 2013 my company closed the Charlotte office. It allowed me to work remotely because it didn’t know what the heck I did. In 2014, it wanted to know. So every month I would fly to Dallas and show the programmers what I did. I knew I was a dead man walking, but I didn’t care. In fact, when they couldn’t figure out how to write the SQL code to transfer the final component of my job to Dallas, I spent a weekend writing it for them.

Again, I was super cooperative and super helpful because I didn’t care. My emergency fund was just as robust and I was even closer to the Mustachean Threshold. But my co-workers in Dallas didn’t know that. They thought I was the coolest guy around. After all, I was helping them build the gallows to hang me. And because they admired my intrepidness, they were determined to help me. Two weeks before my last day, they got wind of an opening in our company’s Midwest region. A week later I was flown to Chicago for an interview. A day after the interview, I was offered the job. My new boss told me she never heard such glowing reviews.

Just before I started flying to Dallas on a monthly basis, I got another stock idea. While surfing the net, I came across an article in the MIT Technology Review about an impending lithium shortage. I then did a little online research and discovered a publicly traded lithium concern in Nevada called Western Lithium. It was trading for $0.17 a share. I brought the MIT Technology Review article and Western Lithium to the attention of Mrs. Groovy and suggested that Western Lithium might do even more for our net worth than Aerovironment and iRobot did. She agreed. So over the course of 2014 and 2015, we threw nearly $24K at Western Lithium. We now own 72,000 shares of a penny stock, which is freakin’ nuts. But right now I look like a genius. Western Lithium has since merged with an Argentinian lithium company and is now called Lithium Americas. It’s trading at $0.78 a share. Let me conclude with one more financial swashbuckling story.

About a month ago, I was getting the tires on the Camry replaced, and the mechanic told me that the engine mounts were close to failure and needed to be replaced. He also told me the job would cost over a thousand dollars. I immediately said no. I didn’t even know what the eff engine mounts were. They weren’t getting replaced. When they blew up, I would get a new car.

Now, I realize that driving around with ready-to-explode engine mounts isn’t nearly as daring as throwing $24K at unproven lithium miners. But I included this story because this was when it finally hit me:

I am a tough guy.

Not a tough guy in a pugilistic sense, but in a pecuniary sense. I am a FINANCIAL TOUGH GUY. My emergency fund and growing net worth have allowed me to grow one impressive set of cojones.

I am a financial tough guy. My emergency fund and growing $$ have allowed me to grow some.... Click To Tweet

So hooray for me. A childhood dream has been realized. And, now, whenever I hear Peppi belt out the following lines, I know he’s singing about me.

“Tough guys. Always been my kind of men. Just doing the things that I can’t.”

Okay, let’s be real. Telling a mechanic that I’m not going to replace the engine mounts is not nearly as cool as beating the crap out of some bully. I get that. But at this point in my life, I’m taking it. It’s the closest I’m getting to being a real tough guy.

And don’t worry about my tough-guy status going to my head. I know my place. In fact, I’m not even the toughest member of the household. That distinction easily belongs to Mrs. Groovy. When the markets dropped five percent over two days last week after the Brexit vote, I suggested to Mrs. Groovy that it was probably a good time to move $10K out of cash and into the market. Without hesitation, Mrs. Groovy said: