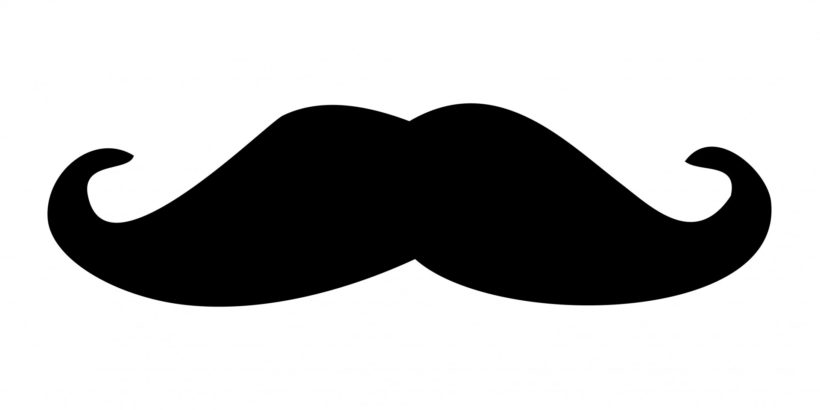 It’s a Monday evening in late February, and the patio door of my City Apartment is open to the fresh 65 F outside air at the end of this perfect, early Spring day.  That weather is relevant to this story, as you’ll see in a moment.

I’m getting sick, and need some meds.

Chasing down those meds will lead me to becoming a Mustachian tonight.

But before we go there….

Let’s Start At The Beginning:

Departing from the mountain cabin well before sunrise, I listen to this Mr. Money Mustache podcast with Tim Ferriss on my way down to The City.  I’ve always liked Mr Money Mustache (“MMM”), and was really motivated by what he had to say during the podcast.  Tim Ferriss is one of the more interesting podcasters in the biz, and putting him together with MMM resulting in some very solid content, worth a listen!

The podcast was a huge hit, and drove 175,000 views to MrMoneyMustache.com in a single day (up from his typical 100,000 views per day)!  For those of you who don’t follow blog traffic, those are HUGE numbers!!  Even Pete (Mr. Mustache’s real name) was excited about it: Mr. Mustache is running a cult, of sorts, but in a fun, harmless and productive way.  It’s a cult of those seeking simplicity in life, many of whom are pursuing early retirement.

It’s too bloody early in the morning, but the podcast gives my brain something to absorb as it shakes off the early start and endures the 2 hour Monday morning commute down out of the mountains, and into “The City”.

Members of the Mr. Money Mustache Cult are called “Mustachians”, and they’re a proud bunch.  Over 30,000 of them hang out on the Mustachian Forum, and share a lifestyle consistent with the key Mustachian principles.

Mustachians are folks with a common interest in living a simpler and happier life. Click To Tweet

Take some time to listen Pete/Mr. Mustache on the podcast, and think about what he says.  The guy retired at age 30, and his blog speaks to the benefits of a simple life. He encourages a focus on those things that bring happiness and contentment.  His main message is that “our current middle-class life is an Exploding Volcano of Wastefulness”, and he believes there is a better way.

Hundreds of thousands seem to agree with him, and may cult members are adapting some of the principles he preaches into their own lives, in whatever form that may take.  Pete’s an accepting guy, and recognizes not everyone is going to be as extreme as he is.  That’s fine, just incorporate those things that make sense to you.

Mr. Mustache is a huge proponent of sustainable living, and encourages folks to think to the extreme about how you can make your life “bicycle friendly”. Sell the car, and bike!  Use Uber, and bike.  Live close to where you work, and bike.

He bikes, alot.  He even pays his kid an incentive to ride his bike.  This guy….yeah…he thinks differently.

Mr. Mustache thinks outside the “norm” of society, but it makes a LOT of sense, especially to the FIRE (Financial Independence – Retire Early) Community, of which I consider myself a humble member.  There’s an entire communiity of Mustachians out there among us, and they’re going about life in a way that’s “different” than the norm.  Check it out, it’s a growing movement, and you may want to consider joining the cult.  Who knows, your neighbor may already be a member!

So, after hearing these Mustachian theories on the Tim Ferriss podcast during my 5:00 am commute to The City, the concepts have simmered in the back of my mind throughout the work day.

12:00 Noon:  I’m invited to lunch by a co-worker I’ve known for years.  We’re of comparable ages, and have talked on occasion about personal finance.  I consider him a friend.  He was reaching out to me (as many are starting to do, much to my enjoyment) about some retirement planning questions he had.

I love discussing personal finance, and have enjoyed the many personal discussions this blog has initiated among friends and co-workers.  I’m being approached more frequently, as word gets around the grapevine that “Fritz Is Really Good At This Stuff, And Is Really Helpful.  He’s Even Writing A Blog!“.  I have ~30 co-worker friends who are reading The Retirement Manifesto at this point (Hi Friends, You Know Who You Are!), and it’s initiated some very rewarding discussions.

That’s Pretty Mustachian, and I didn’t even think of it that way until today.  I’ve just enjoyed the chance to discuss and educate willing folks in the critically important issues of Personal Finance, and it’s become one of the many unexpected benefits I’ve earned via the dedication of my time writing this blog.

But I’m Getting Sick.

My voice is 75% gone when I call my wife after work, and we agree I should make a supermarket run, given that I had no meds in my City Apartment and could potentially go downhill fast.  My wife’s been sick for two straight weeks, there’s a nasty virus floating around.

My bike’s been leaning against the wall of my apartment, unused since the pleasant days of Fall went to bed for the Winter.  Those pleasant days are waking up again.  The weather is changing.

Being motivated by the Mustachian Podcast, I decide to Ride My Bike to the supermarket, up and over a good hill, past all of the Porches, Teslas and Jaguars fighting for position in this Stealth Wealth town.  I’m too sick to get in my “45 Minutes Of Younger Next Year” today, but riding the bike will be a good substitute.

That’s Pretty Mustachian, and I think of Mr. Money Mustache riding his bike in Longmont, CO as I weave my bike through the city congestion and purchase my valuable meds. Encouraged by my “Mustachian Bike Ride”, I think about his teachings as I prepare my Penne Vegetable dinner (I’m a great microwave cook).  I realize I’m not in line with 100% of what MMM preaches, but there are a lot of things I have in common with him.

I decide to make it official, and log into the Mr. Money Mustache Forum for the first time.

There’s a reason Mustachianism is one of the biggest “lifestyle” movements sweeping the country.  More folks are realizing that the way “most people” live life isn’t necessarily the best way to live life.  There are options. Think for yourself.  Determine what’s important for you and your family, and make adjustments to your life where necessary. Interested?  Click on Mr. Money Mustache’s home page, read a few things, and then decide for yourself.

You may end up joining a cult.