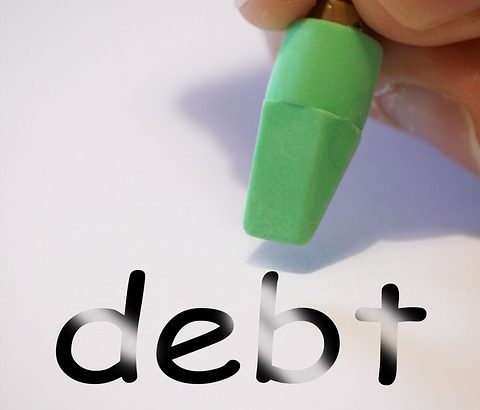 Five Reasons Why It’s Great To Be Debt Free:

(But first….The story behind the story):

A month or so ago, I became friends with “Mr. & Mrs. Groovy” (who happen to be debt free).  We’ve had some GREAT phone discussions, and support each other in our blogging and early retirement goals.  Ironically, we were both interviewed on Radical Personal Finance this year (click here to hear my interview, and here to hear the Groovies).  So… we’re kindred spirits, on the journey toward retirement.  They’re both retiring in October, yet remain anonymous on their blog.  I’m public with my identity, but anonymous when it comes to retirement date.  Some kind of ying/yang thing going on there? (sorry, the slang just seemed to fit with the “Groovy Language”.  🙂

The reality is, The Groovies could be your co-worker!  They remain anonymous, but they could be your neighbors. Have a look at their material. It’s really “cool” stuff, written in a truly most unique style, and spot on in terms of financial planning guidance.  I’ll all but guarantee you’ll not find anything like it anywhere else in the blogosphere.  I sincerely encourage you to check out their blog at Freedom Is Groovy.

They’ve  been generous in posting one of my articles on their site, and I’m reciprocating by sharing one of theirs on mine.  (I love how this network of financial bloggers truly operates;  it’s one of  my most fascinating learnings after 1+ years of blogging).

So, it is with great honor that I introduce my first ever guest post written by a legitimate financial blogger.

I introduce to you….The Groovy’s: 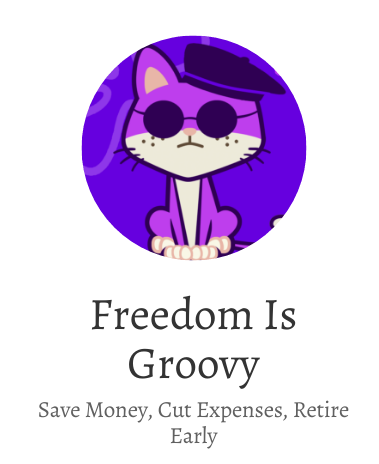 Five Reasons Why It’s Great To Be Debt Free

When Mrs. Groovy and I got married in 2002, we were up to our eyeballs in debt. She brought student loan debt to the marriage. I brought credit card debt, mortgage debt, and a car loan. And while technically not debt, we had a few other claims on our income that were just as onerous. Our 600-square-foot, one-bedroom, one-bath condo was five blocks from the beach. So in addition to regular homeowners insurance, we needed flood insurance. That was an extra $100 a month. The property taxes on our condo were roughly $300 a month. And, of course, our condo had a homeowners’ association. Monthly HOA fees were another $280. Long Island, to put it mildly, was not an easy place to live. But because Mrs. Groovy and I were financial nitwits, we were oblivious to the ruin we were inflicting upon ourselves. To us, debt and ridiculously high bills were normal, as natural to life on earth as the sun rising in the east.

Our work-to-pay-debt-and-bills mentality continued without challenge for the next year or so. But then in the last half of 2003, three fateful things occurred.

First, Mrs. Groovy discovered Dave Ramsey. For the first time in our lives we heard someone suggest that debt wasn’t normal and that it should be removed from one’s life with extreme prejudice.

Second, the bill for years of delayed maintenance on our building finally came due. The HOA had no choice but to slap the homeowners with a five-year capital improvement assessment. Our monthly HOA fee went from $280 to $467.

And finally, third, we got our tax bill for the upcoming year. Our property taxes were jumping from $3,700 a year to $5,400 a year. It was the final straw. As soon as I saw that new tax bill, I turned to Mrs. Groovy and said, “Why the hell are we staying in New York?”

So by the end of 2003, inspired by a new-found disgust for debt and the New York rat race, Mrs. Groovy and I came up with our “three year plan.” In 2006, we would quit our jobs and move to North Carolina (why 2006 and why North Carolina are grist for another post). The time between the plan’s launch and the move to the Tar Heel state would be used to pay off the car loan and credit cards and build up as large a “transition fund” as we could manage. Finally, we would use the profit from our condo sale to wipe out Mrs. Groovy’s student loan debt and buy a house outright in North Carolina.

Mike Tyson famously quipped that “Everyone has a plan ‘till they get punched in the mouth.” Fortunately for Mrs. Groovy and me, we never suffered a mouth punch while executing our plan. In fact, we never even suffered a dirty look. Every move in our quest to radically transform our financial lives went incredibly well. By the end of May in 2006, we were residents of Charlotte, North Carolina, and we were completely debt free.

For nine plus years now we’ve been living without debt. And it’s been awesome. Debt-free living is much more preferable to debt-servitude living.

Five Reasons Why It’s Great To Be Debt Free

The day we sold our New York condo was the last day we worried about money. Mrs. Groovy kept her New York job (and salary) and began telecommuting. I got a job paying two-thirds of my New York salary. So our income took a modest hit by relocating to Charlotte. But our expenses took a drastic hit. No mortgage. No car loan. No credit card debt. And utilities, HOA fees, and property taxes cost one-quarter to one-third of what they cost in New York.

When you remove money from your list of concerns, life becomes incredibly less stressful. Perhaps the best illustration of this is that soon after I began my new job, I became oblivious to the pay schedule. Only through co-worker comments would it dawn on me that a particular Friday was a payday. “Hey, it’s payday. Let’s do lunch.” “Thank God it’s payday. The rent is due next week.” Absent these clues, I wouldn’t have known. Payday had simply lost its significance.

Mrs. Groovy and I rarely argue. And when we do argue, it’s never about money. We’ll argue about where our next vacation will be, or how large our next home should be (I’m a minimalist and she’s a partial minimalist), or how much personal information we should divulge on this blog. In New York, on the other hand, we argued a lot. And nine times out of ten, those arguments were about money.

Mrs. Groovy and I consider ourselves Bogleheads. We invest almost exclusively in low-cost index funds and ETFs. But every once in a while we’ll take a chance on an individual stock. Case in point. In 2012, I happened upon an article about 3D printing in the MIT Technology Review. The technology blew me away. I was convinced it would revolutionize the manufacturing sector in the not too distant future. So I searched the internet for 3D printing companies and found a company called 3D Systems.

At the time, 3D Systems was trading for $16 a share. I showed Mrs. Groovy the MIT article and asked her if she wanted to invest in 3D Systems. She said yes. I then asked her how much she was willing to lose. She said $5,000.

Investing $5,000 in a company we knew nothing about was an incredibly foolish thing to do. And we knew it. But we were willing to take a chance because years of debt-free living allowed us to build a large emergency fund and a sizable portfolio. In other words, a solid emergency fund and portfolio gave us courage. Losing $5,000 would have been no big deal.

Luckily for us, things worked out amazingly well. 3D printing had a nice run as the “it” technology. In a little over a year, we sold 3D Systems for $80 a share.

The point, however, is not my stock-picking prowess. I have no such prowess. (3D printing is no longer the “it” technology and 3D Systems is currently trading around $10 a share.) The point is that our debt-free circumstances allowed us to gamble. Had we been living in New York, there’s no way we would have risked $5,000. Our debt would have been too large for us to ever build a courage-inducing emergency fund and portfolio. Losing $5,000, while not exactly devastating, would have hurt a lot.

Mrs. Groovy and I currently contribute $5,320 a month to our tax-advantaged retirement accounts (Roth IRAs, 401(k), 403(b), and HSA). Our employers contribute an additional $625 each month to our workplace accounts. All told, we spend $5,925 a month on freedom. That’s pretty freakin groovy. And there’s no way we would be able to buy that much freedom every month if we had a mortgage, a car loan, and credit card debt.

First, I’m not relaying the benefits of debt-free living to show how awesome Mrs. Groovy and I are. We’re not awesome. We both know that our good fortune is largely the result of luck. We sold our New York condo at the height of the real estate boom. We have no kids. Mrs. Groovy kept her New York job and salary. We lived in a high-cost state and were able to drastically lower our expenses through geoarbitrage. But we needed every bit of this good fortune given our advanced age. We were in our early forties when we woke up financially. Becoming debt-free with plenty of years to enjoy it would have been impossible without the financial gods smiling upon us. And this leads to my final thought.

Debt-free living is very, very, very groovy. Don’t rely on luck to get there. The financial gods probably won’t be as kind to you as they were to Mrs. Groovy and me. View debt as a curse now, especially if you’re young. Don’t wait. The earlier you declare war on debt-servitude, the less luck you’ll need to secure the blessings of a debt-free life.