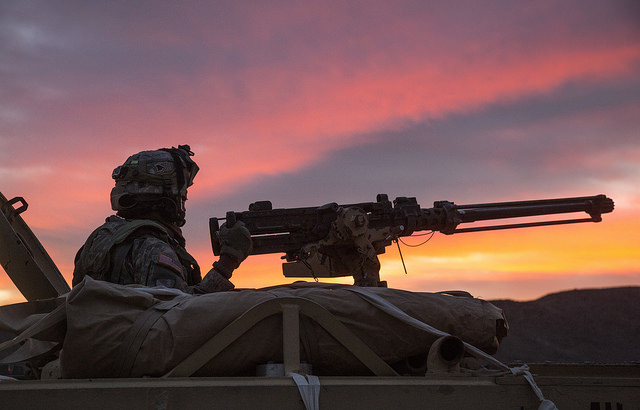 Ponder for a moment this question:

What Is The Biggest Enemy Of Retirement?

Thinking of “enemies” as elements fighting against our goal of achieving a great retirement is an interesting way to change your perspective, and I think it’s well symbolized in the feature photo to this article (photo compliments of DVIDS).  We should be ever watchful for things that conspire against us and the goals we’re hoping to achieve.  We should “get in a tank” and develop defenses against those things which could negatively impact our progress.

Have you thought about it?  Have you considered the forces working against your retirement and developed plans to overcome each enemy?

So, which enemy is your biggest?  I’ve got a surprise for you:

Your Biggest Enemy Is Yourself 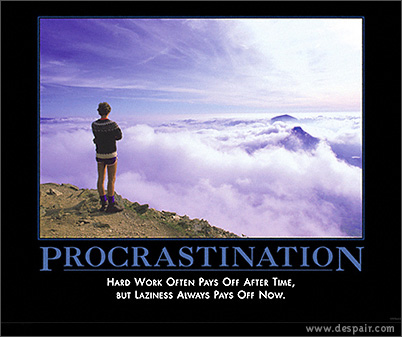 I came across a recent article in The Street which led to my writing of this article.  The article was titled “Retirement’s Biggest Enemy”, and focused on the role of PROCRASTINATION and it’s impact on peoples’ ability to retire.  To quote the article:

When It Comes To Retirement Savings, Way Too Many Americans Can't Overcome The Hurdle Of Procrastination. Click To Tweet

Procrastination is a major obstacle in achieving our savings goals.  It’s so easy to “put off til tomorrow” the things that, in reality, need to be put into place ASAP to generate the biggest value.  Let’s focus on some of the impacts that this “enemy” named Procrastination can have on your retirement:

The Negative Impacts Of Procrastination

1. The Loss Of Compounding

In my article on the amazing power of compound interest (“The Most Powerful Force In The Universe”), I talked about 3 savers, each investing $1,000 per month for 10 years, then leaving it alone.  The only difference, each started their savings 10 years later (Age 25, 35, and 45, respectively).  The difference between starting at Age 25 vs. Age 45 was over $1 Million, as shown below.

According to The Street article mentioned earlier, only 27% of Millenials were able to save for retirement in 2015.  Procrastination may well end up costing those Millenials over $1 Million, yet I suspect few realize the true cost of their procrastination.  Tell them, Please!  (forward this article to anyone in your family under the age of 35 – it’s important for young folks to recognize the impact of the decisions they’re making in their early adult years.

2.  The Amount You Need To Save Each Month

Aligned with #1, but significant enough to warrant a seperate headline.  Because of the power of compounding, the amount of money you need to save each month is dramatically impacted by how long you wait to start your retirement savings.  In The Most Powerful Force In The Universe, I cite a study by Business Insider which shows the monthly amount of savings required to achieve $1 Million by the Age of 65:

All three scenarios result in the same $1 Million at Age 65, but the person who waits must contribute massively higher monthly savings later in life to make up for the lost years and the compounding effect from those earlier savings.

The cost of credit card debt is a good example of what procrastination can do to your cost of buying things.  According to this analysis by Wise Bread, if you buy something for $3,000 on your credit card and decide to simply pay the minimum charge of $60/month (due to procrastination??), your total cost for the item will be $6,641, and you won’t own the item “free and clear” for 16 years.

You pay for every day that you procrastinate paying down debt.  Prioritize debt reduction today, and reduce the amount of your disposable income that gets destroyed by interest payments.  Then, redirect these savings to your retirement savings.  Enemy destroyed.

Each of us can think of areas where we know procrastination costs us something.  Fortune had an interesting article titled “8 Common Ways Procrastination Costs You Big Time” which will help expand your thinking.  The important thing to realize is that we’re all prone to procrastinate at times, and we have to be aware of the tendency and recognize the cost of the problem.  Don’t ignore this #1 Enemy of Retirement, and don’t ignore what it’s really costing you in regards to your longer term future.

The Good News About Procrastination

Fortunately, unlike all of the other “enemies” identifed at the start of this article, the good news about procrastination is that it’s within your control.  There are numerous articles available (like this one) which outline strategies to improve on your tendency to procrastinate.   There is, in reality, nothing you can do about government policy (take, for example, their recent decision to kill the “file & suspend” strategy for optimizing Social Security income).  The same goes for interest rates, pension reform, or health care.  Procrastination, however, is something you can address.  The sooner, the better.

A great place to start is with this article written by Brian O’Connell titled “Key Financial Steps To Take Before Year End.”  It’s got some very good tips on things you should priortize now, including budgeting, meeting with a financial advisor, making a list of items to check, etc.  I strongly encourage you to read it, pick a few items, and get started.

Even if you’re getting a late start, don’t use it as excuse to continue to procrastinate.  The Street article makes a point that even if you don’t start until Age 50, you can still start an IRA today.  If you prioritize and contribute the maximum of $5,500, plus $1,000 in catch-up funds, you can accumulate around $300,000 by age 70 (assumes 8% return).

You are capable of destroying the #1 Enemy of your retirement goals.

All it takes is will.

Don’t procrastinate.  Do something about it.

And do it today.