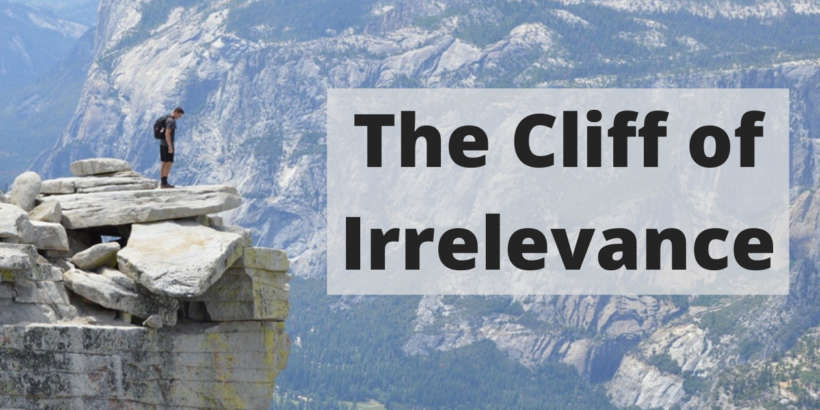 One minute you’ve got a nice title, one you’ve worked decades to achieve.

The next minute, you’re irrelevant.

What can you do to survive the Cliff of Irrelevance?

The Cliff of Irrelevance: that point in time when that title you worked so hard to achieve becomes irrelevant. It happens quickly. Are you ready? Click To Tweet

The Cliff Of Irrelevance

I recently threw away a stack of my “Corporate” business cards.  I was moving into my Treehouse Writing Studio and realized those cards were irrelevant.  They represented what I had been in the past, back in my “working days”.  They meant nothing to me anymore, so two years after my retirement I was able to throw them away with little emotion.  But still…it was a strange realization of how little my job actually mattered now, in spite of the fact that it once was a major part of my life.

We’ll all face the realization at some point that our jobs don’t matter very much.

If you’re still working, you’ll probably face that realization sooner than you expect.  It’s coming, trust me.  Don’t sacrifice everything in your life for the sake of your job.  It’s not worth it.  It’ll be over soon, and you’ll have nothing left that matters to you.

If you’ve already retired, you probably went over that Cliff of Irrelevance and realized in time how irrelevant your position really was in the “bigger picture” of life.  I’ve got a lot of retired friends, and it’s interesting to me how little time we spend talking about what they did for a living.  With many of them, I don’t even know what their job was.  It doesn’t matter anymore.

Retirement is a cliff.

Some folks go over that cliff and seem to soar, while others drop like a rock.

What happens when we go over that cliff of irrelevance, and what can we do to ensure the best possible transition?

A Reader Faces The Cliff of Irrelevance

Today’s post was triggered by an email I received from a reader, the key element of which is presented below (a few edits were made to protect the reader’s identity, bold emphasis added by me):

The company had a reduction in workforce and I  was selected. Not only did I not have to pay my bonus back, but I was given a good severance package. I got exactly what I wanted and what I was hoping for.

Now, I am free, yet I cannot help to think that all the knowledge which I acquired through all my career as an industry expert will soon cease to be needed in my new life. It is hard to imagine that what you have worked on all your life to acquire is suddenly going to a closet to never be needed again.

I don’t have the feeling of uselessness, I am nervous about letting everything go and dedicate myself to playing golf, travel, wine, and dine. There is a feeling of guilt, fear, loss, etc.

How do you respond to an email like that?

I enjoy interacting with the readers of this blog and had a good exchange with the individual above. He’s certainly not alone.  Many of you struggle as you experience the Cliff of Irrelevance, and most of you never saw it coming.  Following are several relevant excerpts from my exchange (emphasis added):

Thanks for reaching out.  First, rest assured that your concern is far from an isolated situation, many people go through this same feeling as they face the transition into retirement.  Second, congratulations on scoring the good severance package and getting out of the two-year obligation early, it’s rare to get “exactly what I wanted and was hoping for”.  Well played.
More importantly, the reality of the mental adjustment to retirement is what you’re facing.  It’s very real, and it can be a very difficult transition for people.

Now, the hard part.  The reality is that, in all likelihood, the expertise you built during your career is much less relevant once you’ve retired.  I spent 33 years in the aluminum biz, gave presentations to rooms packed with 400+ industry leaders “back in the day”, and was widely regarded as an “expert” in the field.  Today, it’s irrelevant.

I went on to give him some advice about how to start finding a new purpose, a new relevance, in retirement.  I’ve incorporated some of that advice into the “How To Survive The Cliff of Irrelevance” section a bit further down in this post.

Your Professional Decline Is Coming…Sooner Than You Think

I read a fascinating article on LinkedIn last night, and it fit nicely with this post.  If you’ve got some time, you may be interested in reading Your Professional Decline Is Coming (Much) Sooner Than You Think.

The article penetrated my brain.

The article is a fascinating look at a successful man dealing with the reality that he’s facing the Cliff Of Irrelevance.  As I told the reader in my e-mail, he’s certainly not alone.  If you’re struggling with the cliff of irrelevance, I encourage you to read the LinkedIn article. 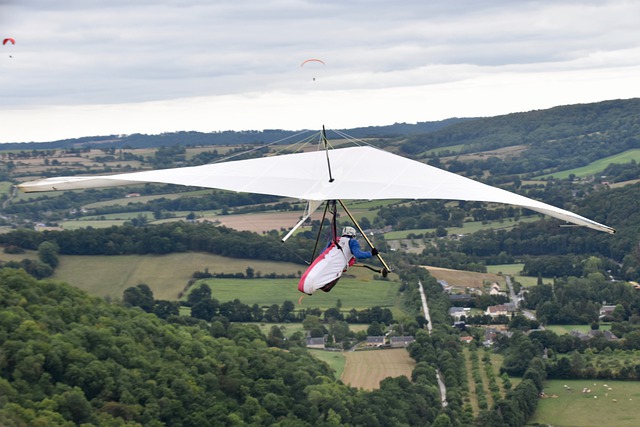 How To Survive The Cliff of Irrelevance

While thinking about the cliff of irrelevance, I realized that a hang glider doesn’t take flight until someone runs off the edge of a cliff (or down a big hill).

You can’t really fly until you conquer the cliff of irrelevance.  Retirement does NOT mean irrelevance.  Quite the opposite, actually.   The cliff isn’t the end of relevance, but rather the beginning of flight. Consider your mind to be the wings of the hang glider.   Prepare it appropriately, and it will carry you over the edge.

You can choose to fly.

You can choose to be relevant.

How To Be Relevant In Retirement

Finding a way to reinvent yourself in retirement is up to you.  No more bosses, no more guidelines.  This is something that each of us must do for ourselves.  Retirement does not mean the end of relevance.  Rather, it’s an opportunity to create relevance in areas that matter to you.

Find your Purpose.  Build your wings.

I’ve written thousands of words on how to find your Purpose in retirement, and I won’t try to recreate that wheel here.  Rather, I’ll summarize the essence in 3 words:

A few examples are in order.

As I mentioned in my e-mail response to the reader above, a few years before retirement I gave the largest public presentation of my life to 400 executives from throughout the global aluminum industry.  It was a big stage, and I was in the spotlight.  Fun, that. I was relevant and able to discuss dozens of global trends and how they affected “our” industry. I could banter for hours with anyone, about almost any topic in the field.

None of that really matters now.  It’s irrelevant to my life in retirement.

Before I retired, I pursued my curiosity of writing, without ever realizing where it would lead.  I’m humbled when I realize that tens of thousands of people now read my words every month.  Thousands of you have read my book, Keys to a Successful Retirement.  I’m helping people make successful transitions to retirement.  The feedback I get proves to me that I’m making a difference.  A hobby that I started 3 years before my retirement by pursuing my curiosity has become part of the wings on my hang glider.  The satisfaction I get from knowing my efforts are helping people is more rewarding than anything I experienced in my 33-year aluminum career.

My wife, Jackie, is the Founder and President of a successful non-profit called Freedom For Fido.  In 2020, pursuing her curiosity led to the creation of a charity that built 23 free fences for low-income families, and freedom for 56 dogs in our area.  Dozens of volunteers donated 750 hours of effort in building fences.  Donors helped fund the $14k+ required to buy the supplies.

Ask Millie or any of the other 55 other dogs who are free because of her.  They’ll tell you. 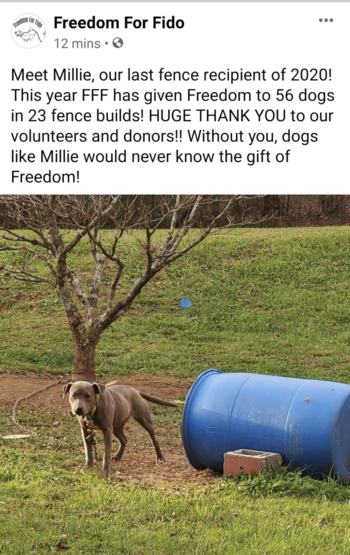 We’re not stopping there.  We’re continuing to pursue our curiosity and our wings are continuing to grow, making it easier to catch the updrafts to ever-increasing heights.  I’m becoming a woodworker, and my efforts will provide doghouse shelter to more dogs who live outside.  We’re buying a second home to be able to spend quality time with our granddaughter in her critical early years (I’ve got a future post coming out about the home purchase, stay tuned), and we hope to have a major impact on her childhood development.   We’re active in our community.  Our hang gliders are working, and we’re flying high on the relevance we’ve developed for ourselves in retirement.

What are you doing to continually grow your wings? 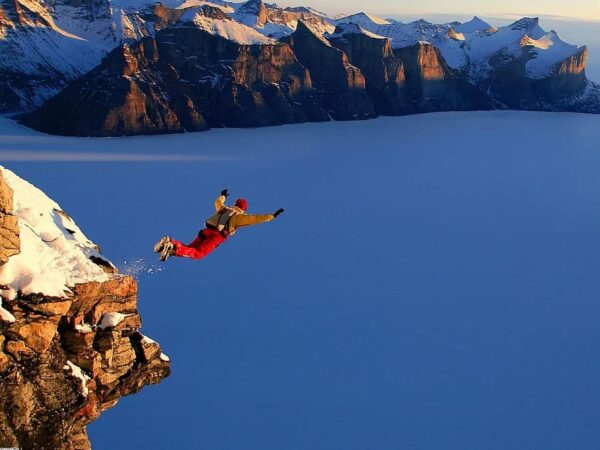 The Base Jump Approach

While the hang glider may be a smoother method of launch, many retirees choose a harsher option, the Base Jump Approach.

In this adventurous approach, they simply sprint over the edge of the cliff.  No pre-planning, no pursuit of retirement curiosities in their final years of work.

A simple sprint to the edge, followed by a heart-stopping fall.

I don’t recommend this approach, but I’ve seen it time and time again.  I suspect the writer of that earlier e-mail has “decided” (the lack of a decision is, in itself, a decision) to follow the base jump approach to the cliff of irrelevance.  He’s not alone, as anyone who has faced an unexpected retirement knows.  The lack of planning your approach to the cliff of irrelevance doesn’t eliminate the cliff.

The cliff is still there, and you’re still going to go over it.

It’s a scary time, and many struggle with the drop.  As I wrote in Will Retirement Be Depressing, your chance of depression increases by 40% in retirement.  I dedicated an entire chapter in my book to the Hidden Challenges of retirement.  I suspect many of these could be avoided by planning how you’re going to deal with cliff of irrelevance before you become airborne.

While not as comfortable as the hang glider approach, the recommendation to pursue your curiosity remains valid for those taking the Base Jumping Approach.  As I did with my friend Joe when he faced an unexpected retirement, I encourage anyone taking this approach to ask themselves What 3 New Things Are You Going To Try In Retirement?

Recognize in advance that retirement is a major change in life.

The cliff of irrelevance is coming.

It sounds harsh, but the reality is that what you did for a living is essentially irrelevant after you retire.

Don’t fret about it. Get on with finding the things that matter in this new phase of life.

Your Turn:  Did you struggle with the Cliff of Irrelevance?  Did you take the “Hang Glider” or “Base Jump” approach?  What suggestions do you have for others who may be struggling with their loss of identity?