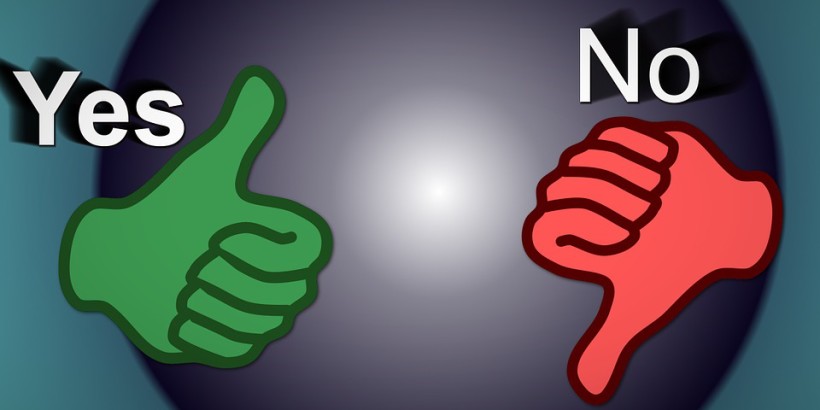 How Much Will They Be Able To Spend?

Will They Run Out Of Money?

A reader contacted me this week with their detailed scenario, and asked for my input on their retirement plan.  I’ve been considering Retirement Coaching as an idea after my retirement, so I was excited to review this reader’s situation as a test case for my future coaching activity.

In today’s article, we’ll go through the things you need to look at when evaluating retirement readiness.  I’ve also created a simplified retirement cash flow spreadsheet for all of my readers to use, which I’ll be explaining in this article.  (To access a copy of this spreadsheet, click here)

The reader was gracious in agreeing to allow me to share this with you as today’s blog (in return, they received a free analysis!).  To protect their confidentiality, I’ve changed their names and won’t share any specific employer information, but all financial numbers are accurate. .

Let’s See If We Can Help Them Achieve A Great Retirement!

The Family & Their Goals The Approach We’ll Use In This Case Study I’ve built a simplified Retirement Cash Flow Model (click on the title to save your own copy).  Using this model, this study will analyze 2 Scenarios, summarized below:

Scenario 1:  The Smith’s would like to convert their $200k lump sum pension into a 15 year annuity at Age 55.  After 15 years, they’ll start drawing from Social Security.  Any shortfall between the annuity/social security income and spending needs will be withdrawn from their investment accounts.

Scenario 2:  Alternatively, The Smith’s could convert their $200k lump sum into a life long annuity at Age 55.  This would reduce initial payout, but would provide “longevity insurance” if they live to Age 95 or beyond.  Again, any shortfall will be withdrawn from investment accounts.

Here’s what the cash flow would look like – you can see the annuity paying $16k a year until it expires at Age 70, when Social Security kicks in at $46k per year::

Do They Have Enough Money For Scenario 1?

In order to meet their spending requirements, The Smith’s would need to withdraw $38.6k from their investment accounts in Year 1.  This equates to a 5.5% Withdrawal Rate, well above the “rule of thumb” 4% (or the more conservative assumption of 3-3.5%).  As you would expect, this leads to them running out of money in their early 80’s as shown below:

Due to the high withdrawal rate, The Smith’s cannot expect to retire at Age 55 under Scenario 1 without a higher than recommended risk of outliving their savings.

Alternatively, The Smith’s could convert their $200k lump sum pension into a lifetime annuity. Unfortunately, this will reduce the initial annual payout from their annuity, but they would be protected in the event they live longer than projected.

Here’s what the cash flow would look like – you can see the annuity continuing for perpetuity, and Social Security kicking in at Age 70 as in Scenario 1:

Do They Have Enough Money For Scenario 2?

In order to meet their spending requirements, The Smith’s would need to withdraw $43.5k from their investment accounts in Year 1, more than under Scenario 1 due to the lower annuity contribution in Scenario 2.  This equates to a 6.2% Withdrawal Rate, well above the “rule of thumb” 4% (or the more conservative assumption of 3-3.5%).  However, since the annuity continues past Age 70 (where it ended under Scenario 1), they need less withdrawals from their account after Age 70.  Regardless, the heavy early withdrawals lead them to again running out of money in their early 80’s as shown below:

Scenario 2 is slightly more favorable than Scenario 1, with the investment balance on 12/31/51 $22k higher under Scenario 2.  However, The Smith’s are still not able to retire at Age 55 under Scenario 2 without a higher than recommended risk of outliving their savings.

Recommendations for The Smith’s 1.  The Smith’s should check with their employer on their pension specifics.  They initially believe the “lump sum” is the only option available to them.  They should confirm if an “annuity payout” structure is available, as employer sponsored pensions typically pay more via an annuity structure than what can be purchased via a lump sum in the market.

2. If The Smith’s would still like to target Age 55 for retirement, they have two options.  Option 1 is to increase their projected savings rate between now and retirement.  If they can achieve a projected starting investment balance of ~$1.1M, their $38k withdrawal in Scenario 1 would be ~3.5%.  Alternatively, they could attempt to generate additional income streams to increase savings now and provide some additional income in retirement.  Option 2, in the event they are not able to increase savings, would be to reduce their projected spending to a level that could be supported by a 3 – 4% withdrawal rate from their investment account balance.

3. If The Smith’s are unable to either increase savings or reduce living expenses, the unfortunate reality is that they will be unable to retire by Age 55 at their current pace.  They’re fortunate in having a good career, and should continue to focus on their work and enjoying life with their children, with an annual review of their retirement outlook.  Using the attached Retirement Cash Flow model, they can run alternative scenarios to determine at which age they would be able to retire without making any changes to their existing lifestyle (unfortunately, that’s beyond the scope of this free review!)

4. Regarding Asset Allocation, The Smiths’ should work toward building a 1-2 year “retirement cash reserve” in an after-tax account prior to retirement (“Bucket Strategy”)to avoid having to sell any of their equities in a down year (“sequence risk”, one of the highest risk faced in the first 5-10 years of retirement).  I wrote about The Bucket Strategy here. (the link includes an Infographic on the topic)

5. Finally, regarding post-retirement medical insurance.  You’re very fortunate to have Don’s employee cover retiree medical costs until he’s eligible for Medicare at age 65.  However, you should recognize that most employers don’t “guarantee” this coverage, and many (including mine) are cancelling it on folks who have already retired.  To be conservative, you should include a spending scenario where you’ll have to pick up your medical insurance cost at some point between Age 55 – 65.  I’ve always assumed I’d have to pay the entire bill (~$1500/month), so it didn’t “shock my system” when my employer discontinued the coverage about a year ago.

How The Smith’s Responded

I was pleased to receive the following response from The Smith’s upon reviewing my case study:

Thank you so much for taking so much time with our numbers. You have opened my eyes to some things, and I see that we will need to either save more or work longer or reduce expenses to get these numbers to the age of 95. I think once we get our children through college, we can really try to make some improvements!

Hopefully this case study has given you some ideas on ways in which you can evaluate your potential retirement dates.  Run various scenarios, use the retirement cash flow tool I’ve created for you, and compare it to online retirement calculators as a cross check against any single tool.  Read other material, like this, to insure you’re not relying on any one resource.  It’s better to know before you retire if there are risks with your plan.  Better yet, as in the case with The Smith’s, it’s best to know 5-10 years out, so you still have time to make adjustments in order to achieve your dream retirement.

I welcome any comments that could help The Smiths, and thank Don and Sue again for letting us all use their real life situation as a learning case for The Retirement Manifesto community!!

PS – If you’re interested in having me take a look at your situation and providing a personalized analysis, feel free to reply to this email.  While I did “The Smith’s” for no charge as a Case Study for this article, I’m afraid I can’t be as charitable for all.  Since I’m new at this, I’ll charge a reasonable rate to compensate for my time.