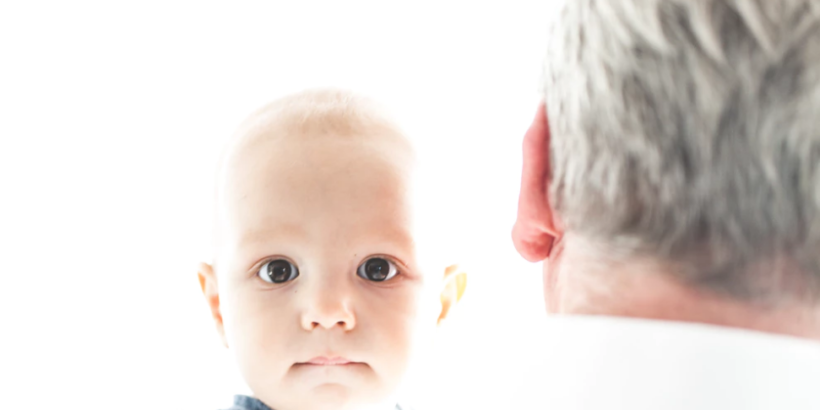 If you read my Tribute To My Dad last week, you may have caught my “hint” to my Dad’s friend, John, about waiting for his Guest Post.  Well…wait no longer.  I am excited to offer you today a guest post from one of the wisest men I know, and a man I greatly admire.

John Willson has been a friend my entire life.  He’s a PhD, with a long and successful history as a professor at Hillsdale College.  For most of those years, he worked with my Dad. He is a truly gifted writer, with a story to tell. John retired a decade ago, and writes today about retirement in small town Michigan.

Trust me, you won’t be disappointed.

He’s retired from work, but not from life.  He’s a thinker, and an excellent writer.

Listen to his wisdom, and think about how you can apply his learnings to your life.

“Figure out what is your passion—what you absolutely must do to be happy—and then figure out how to get somebody to pay you to do it.” 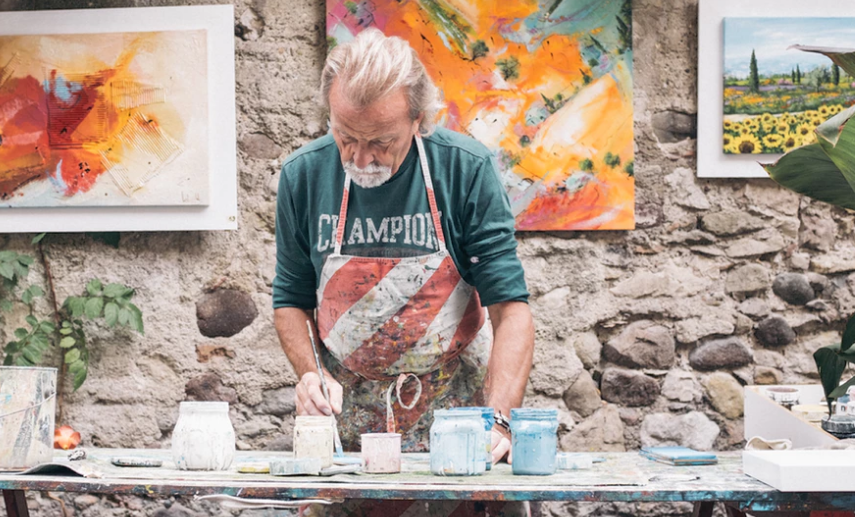 “What would we do, if we didn’t have our work?”

“I get up every morning and don’t have anything else to do, so I go down to the store for a while.”

3 Quotes To Make You Think

Those three quotations have struck me, and puzzled and challenged me, for many years.

Those quotes have taken on more and more meaning—not always happy meaning—in the decade or so since my retirement from college teaching.

I entered classrooms with joy for almost a half century, greeted by about 12,500 students and 78,000 papers and exams and quizzes to grade.  I sat in nearly 4,000 meetings (not quite as much joy there) with colleagues and parents, and gave I’ll never be able to count how many “extra” speeches and counseling sessions and shoulders to cry on.

All those years people paid me to read, write and talk!

Now I’m a recovering professor who has found—almost—a wholeness in a stage of life that still allows me, although without nearly as much pay, to read, write and talk. 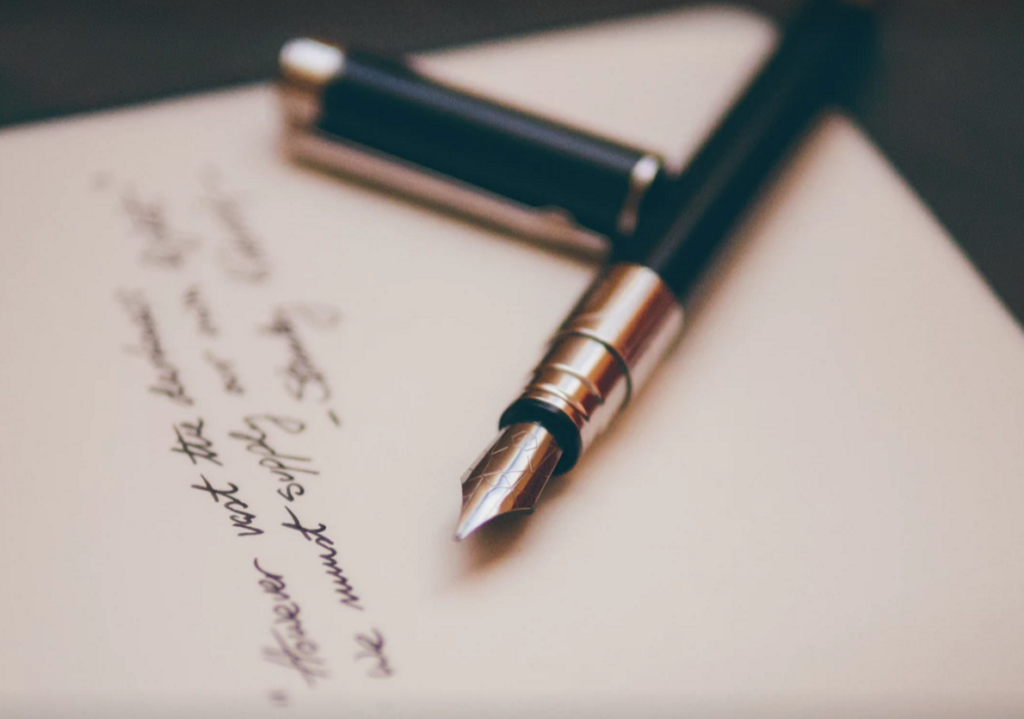 I want to offer some thoughts on what I’ve learned from these three quotations, but first, let me offer:

It is, of course, not original, but I’m claiming it so I get to name it.  Here it is:

You aren’t going to change very much after you retire.

There are always exceptions to Willson’s First Law, but damn few.

The Story Of George O’Meara

“I get up every morning and don’t have anything else to do, so I go down to the store for a while.”  G. O’Meara

George O’Meara was a great man, who lived in one place and had one job his entire life.  He lived in one house (in Hillsdale, Michigan) from the time he was born until he married, then bought a house and lived in that one until he died.  He worked in the family business as a boy, took over the business after (Hillsdale) college, ran it until he turned it over to his son, and kept on “going to the store” until he could literally no longer leave the house.

The business was paint and decorating, and for many years was the oldest continuously operating family business in Hillsdale County.  George loved cigars (even after the doctors made him stop smoking at about 85, he always had one in his mouth), good whiskey (“I don’t trust a man who won’t take a drink.”), canasta, and football.  Like all good Irish Catholics he rooted for Notre Dame, but his passion was reserved for the Hillsdale Hornets, the Hillsdale College Chargers (the “Dales” in his youth), and to a lesser extent the Go Blue in the Big House.

It wasn’t unusual, for many years, for him and Hillsdale friends to watch high school football on Friday nights, Michigan in Ann Arbor on Saturday at noon, and back to Hillsdale for the Saturday night Charger game.  He was also a fixture at St. Anthony Catholic Church, served for many years as the unpaid (and under-appreciated) Treasurer of the City of Hillsdale, and was quietly proud of the several marriages he had helped save by having Come to Jesus meetings with straying husbands (“When have you ever seen a man improve himself by throwing out one wife to acquire another?”).

If you don’t love the Rotary Club, you are unlikely to be an American Patriot. 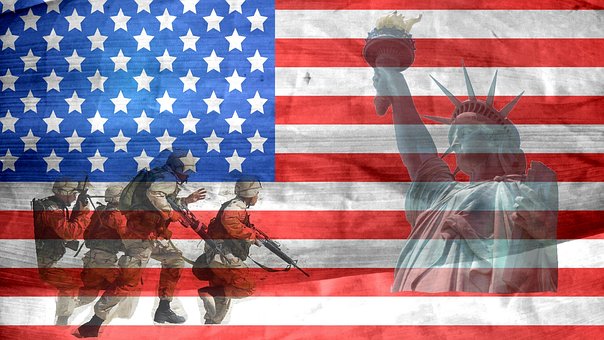 The strength of this country is that it has nurtured millions of middle class businessmen, tradesmen, farmers and professionals like George O’Meara.

A sad thing about his later life, however, was that he had virtually no retirement; and even though he was quite healthy, no real “Golden Years.”

“Growing old isn’t for sissies,” George used to say to me a couple of times a week.  It wasn’t that he lacked attention.  He had his sister and the devoted families of his two sons with him for his last twenty or so years, and many friends.  My wife and I loved him as a second father.  He was not an unhappy man; but as good as he had been at his work, he had only his work.  When he was no longer very useful at the store, he got old fast.

This is not the stuff of tragedy, because his life was both meaningful and noble.  But it should give pause to those of us faced with the opportunities and burdens of having many years without the work that up to a certain point did much to define us. 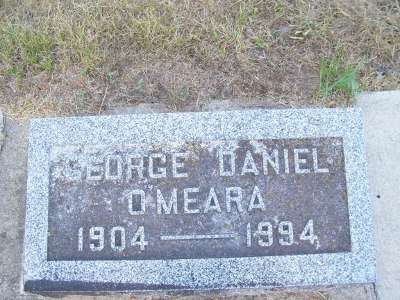 “What Would We Do, If We Didn’t Have Our Work?”

And “What would we do,” my mother-in-law so often said, “if we didn’t have our work?”  This was not so much a philosophical position as an insight that amongst life’s woes work is not only self-defining but therapeutic, and even liberating.  She had a copy of the “Kitchen Catechism” hanging on the wall beside her breakfast table:

Lord of all pots and pans and things,
Since I’ve no time to be
A saint by doing lovely things or
Watching late with thee,
Or dreaming in the twilight or
Storming heaven’s gates.
Make me a saint by getting meals or
Washing up the plates.

This is the first verse of a poem that echoes the Martha/Mary stories in the gospels of Luke and John, written by a humble woman from rural Missouri who spent her life as a teacher of young children.  To Pauline Bremer it represented an acceptance of a life of hard knocks nevertheless fulfilled by hard work and getting done what needed to be done in order to hold things together, raise her daughters in dignity, and care for an ailing husband as he slowly died.  Even happiness came in second to the good order of the household.  A good meal or a clean plate was its own reward.  A job done and a job to do was a path to its own kind of sainthood.

She is still with us—97 at this writing, and quite healthy—and although she has not had a “retirement” of leisure (“doing lovely things or watching late with thee”) she has the dignity and respect due to those whose work has been well done.  In fact, she is part of the last generation, born just after the end of World War I and long before Social Security, who could not reasonably expect even to have retirements.  Generations in those days did not have names, so nobody worried what we would have to do with “Boomers” or “Millennials.”  But she has taught me to organize my “post-work” work around what I have always done well, whether or not it involved “storming heaven’s gates.”

Figure Out Your Passion, Then Get Paid For It

“Figure out what is your passion—what you absolutely must do to be happy—and then figure out how to get somebody to pay you to do it.”   J. Bacon

We’ll close with Mr. Bacon’s quote.  He told Hillsdale College students a couple of years ago that when he informed his roommate that he was going to major in History, the roommate said, “Oh, Pre-Unemployment!”  And maybe add a major in English: “Oh, a double major in Pre-Unemployment!”

But John U. Bacon wanted to write, and eventually produced some high-selling books—on college football and education and his beloved University of Michigan and “the creative spark that lives within us all.”  His writing gets him gigs on the radio and lecture tours, teaching jobs, and “consulting” on this and that; stuff he will be able to do as long as he is ambulatory and has a computer.  Read his work, listen to him speak—he’s a happy guy who will probably never really “retire.”

We carry who we are into the years when we can’t be sissies, and if we have planned well or been lucky we won’t have to worry overmuch about money and “stuff.”  But if we have paid attention, that which we identified long ago as our passion(s) will keep us who we are and attentive to faith, family and community.  And not burdened with becoming something new.