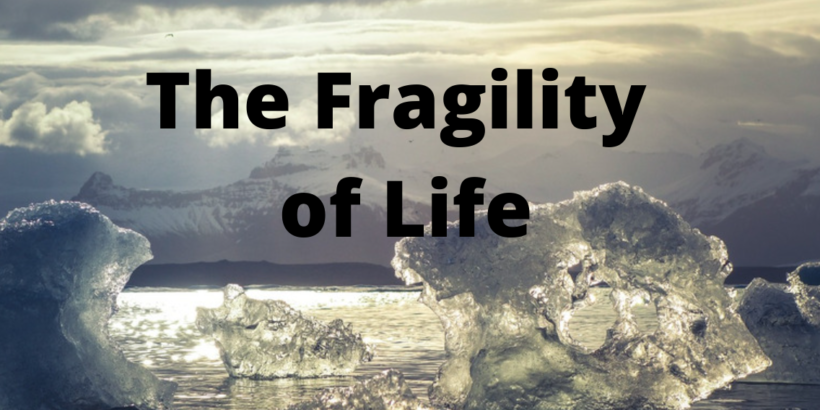 At first, her voice became hoarse, and they couldn’t figure out why.

She had been one of the most energetic women I’d ever known, but she lost her battle with ALS.  In spite of her fight against one of the worst diseases imaginable, she never lost her spark.

Now she’s gone, but she taught us some important lessons during her two-year battle.  The impact she made will live on for years, and I dedicate this post to her.

To Caron Jones.  An amazing woman who impacted this world for good.

Never, Ever, Ever take your life for granted. Treasure every day you're given, and make an impact while you can. Click To Tweet 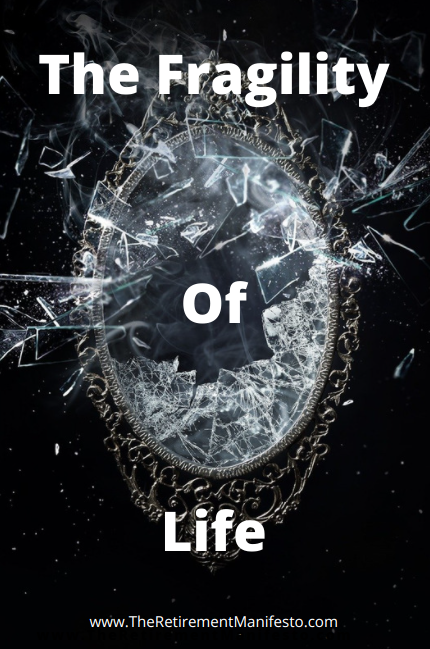 The Fragility of Life

We first met Jimmy & Caron at the gym.

They realized we were new in town, and they took my wife and me under their wings.  They were the most energetic and happy couple I’ve ever met, and they knew everyone.  They were the model of good health and showed my wife and me the reality that a 70-year-old couple could still sweep the Pickleball Court against those of us still in our 50’s.  They always beat us, but it seemed they’d let up just enough to let us leave the court with some semblance of respect.   They smiled a lot.

They invited us into their circle of friends.  We joined their Bible Study group and went to dinner with their Wednesday night friends at “The Safehouse”, a non-advertised hidden gem in our tourist town known only by the locals.  The place felt like an episode of Cheers, where everybody knows your name.

Everyone knew Caron.  And everyone loved her.

Jimmy and Caron loved life and it showed.  After working for 30+ years at Delta Airlines (where they were stars on the airline’s tennis club), they retired to our magical little mountain town.  In the months that followed our initial meeting, we asked them why they had been so nice to us when we first met.  Their response?  Someone had done the same for them when they were new in town, and they felt it only right to “pay it forward” to someone else.

Someone had made a big impact on their lives, and they were returning the favor in ours.

When my mother-in-law declined in the local nursing home, they were there beside us.  In fact, it was on the day that “Mom” was admitted to the hospital that we first noticed Caron’s hoarse voice.  She deflected the concern, smiled, and focused on our needs.

None of us knew at the time, but that hoarse voice would unfold into a very personal experience with the fragility of life.  The reality that our time on earth is finite.  The realization that there’s a sense of urgency behind the impact we can make in this world. Sand through an hourglass, with fewer grains remaining every day.

Don’t lose your opportunity to impact others for good.  Caron took full advantage of the opportunities presented, and that impact only intensified as the reality of her situation became clear.

In time, she could ignore the weakening voice no longer.

The hoarse voice never got better, and tests were begun.  And more tests. In time, the doctors announced their conclusion.

ALS, or amyotrophic lateral sclerosis, is “a rare and incurable progressive neurodegenerative disease” often referred to as Lou Gehrig’s disease.  My wife and I had recently watched “Gleason”, a powerful movie about the last 5 years of New Orleans Saints defensive back Steve Gleason’s battle with the disease. The movie made a huge impact on us, and we were devastated when we learned of Caron’s diagnosis.

In spite of the horror of facing a degenerative decline in which her body would become paralyzed while her mind remained 100% clear, Caron never seemed to falter.  A strong Christian woman, she had the most powerful Faith of any woman I knew, and she was depending on it to see her through.  She intended to use her situation to make a lasting impact on this world in the limited time that she had left.

She did just that.

Time progressed, and her decline accelerated.

She became dependent on texting and used it with power.  Whenever we’d ask how she was doing, she always deflected to others.  Her concern was genuine about what was happening in the lives of others, and she focused her final months of energy on encouraging those around her.

Her impact was encouragement, and focus on others over self.  Selfless love demonstrated with every text she sent.

She knew where she was going, and she knew her pain was temporary.  Her Faith was a shining light in a dark, dark night.  100% genuine, and a true example of what a strong Christian belief can do in a person’s life.

She asked about how my Dad was doing during his quarantine in a Michigan nursing home.  She asked us to pray for her husband, concerned for him in light of her inevitable departure.  She had honest peace with her situation and was more concerned with its impact on those around her than in the reality of what she had to endure.

In time, she was left with typing only short texts with one finger, and yet she still focused on others. No self-pity.

A few months ago, the texts stopped coming.  Our hearts were broken, knowing she was 100% “there”, and yet unable to communicate.  A few weeks later, we received the news we’d been fearing. 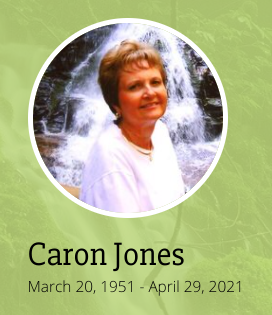 The Lesson of Caron Jones

Many of us have lost loved ones over the past year, and the fragility of life is something we’ve all come to appreciate a bit more.  As things begin returning to “normal”, I encourage you to never lose sight of that reality.  Caron made an impact with every day that she had.  Each of us should strive to do the same.

Before Caron came down with ALS, she took some newcomers in her town and weaved them into the very fabric of the small community they had chosen as their retirement home.  With a permanent smile and honest communication about what was happening in the lives of others, she showed that she cared.  With the looming cloud of a terminal disease, she showed the light that deep Christian conviction can bring to the darkest of days.  While most would be hopeless, she was the essence of hope.  She had peace.

Caron taught me that each of us is meant to make an impact during our short time on this planet.

It’s time for us to make ours.

This site uses Akismet to reduce spam. Learn how your comment data is processed.